Home » What are the Different Image File Formats?

What are the Different Image File Formats? 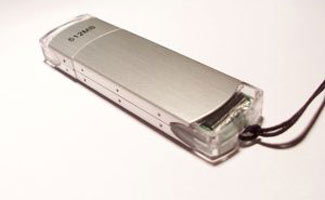 The JPEG image format is otherwise known as the Joint Photographic Experts Group and the name actually refers to the compression method utilized to store the image data. JPEG is the most commonly recognized file extension for image files and is supported by digital cameras as well as they generally output in .jpg format. The size of JPEG images varies depending upon the content of the image as well as how highly it is compressed. High compression in JPEG images creates a grainy look and an overall poor quality image. JPEG images are characterized by a 24-bit total, meaning that they carry 8-bits per color.

The TIFF image format is also known as the Tagged Image File Format and while it is not generally utilized online due to the large size of these images, it is widely accepted in other fields including print and photography. Some digital cameras allow for .TIFF files to be saved directly to the memory of the camera rather than JPEG formats. Where JPEG files only allow for a 24-bit total, the TIFF format can allow for either 24 or 48-bit totals making them much larger.

RAW file formats are image formats that are produced by digital cameras with this function. RAW format is just what it sounds like and a raw format of a picture that is not optimized or compressed making them extremely large. RAW images still compress data but they do so to a smaller extent resulting in far less data being passed over. Working with RAW image files utilizing image editing software can be particularly time-consuming due to the sheer size of individual files.

The PNG is also known as the Portable Network Graphics file format and was produced as a successor to the GIF as it supports many more colors than the GIF extension. PNG files tend to be larger than JPEG images; however, they have the ability to incorporate transparent backgrounds making them useful when incorporating them in to web design elements.

The GIF file extension is also known as the Graphics Interchange Format and is a particularly limited image extension in that it only allows for 256 colors. Such a limited color palette makes it difficult to work with photographic images in GIF form; however, hand drawn elements such as clip art are much more supported by this extension. The most commonly used method of using the GIF extension is to use it for animated images such as flashing banners and advertisements.

PSD files are not so much image files as they are graphic source files that belong to the Adobe software Photoshop. Photoshop documents allow for saving of images along with any editing adjustments that have been made to the original image. PSD files cannot be directly displayed in browsers and must be exported in another image format; however, they are utilized with Adobe Photoshop and Adobe Illustrator (as well as a variety of other Adobe based software) to make adjustments to images before exporting. Adobe Photoshop image files can be worked with on both Windows and Mac operating systems and allow for a wide range of photo edits and adjustments to be made to an existing image as well as for original images to be created.

About The Author: Amy Brannan

Amy grew up in England and in the early 1990's moved to North Carolina where she completed a bachelors degree in Psychology in 2001. Amy's personal interest in writing was sparked by her love of reading fiction and her creative writing hobby. Amy is currently self employed as a freelance writer and web designer. When she is not working Amy can be found curled up with a good book and her black Labrador, Jet.

newest oldest most voted
Lisa May
Nicely and simple explained! It is very helpful in understanding which image formats are associated with which companies or operating systems, and how and when to use which one. I personally prefer RAW because can be edited with users taste and preference,and I use this to work on my RAW images
Vote Up1Vote Down  Reply
Anonymous
Although I am not by any means a graphic designer or really consider myself very interested in images and working with computer graphics, I found myself learning quite a bit and enjoying this article. The author goes into a solid basic description of some of the more common image file types available today. Although it started off in a very stiff and technical sounding fashion (This is a section of our article on file formats…), it soon turned into a very informative and engaging exchange of information.

The first file format discussed was JPEG. Personally, I have worked with these files for what seems like ages. However, I never knew what those initials stood for (the Joint Photographic Experts Group), or that it refers to the compression method used. It is also the main file format used by major digital cameras.

The article next moves on to the TIFF file format. This file format is not generally used online, but is more widely accepted in print and photography fields. Additionally, this file format can use either 24 or 48 bit memory totals, making these files significantly larger (JPEGs only use 24 bit).

RAW file formats are just what they sound like, a raw file that is not optimized or compressed. As you can imagine, this results in a rather large file size.

The article continues by talking about PNG and GIF file formats. These are both older versions and not used as often as they have been in the past. The author points out that PNG files are probably most commonly used now as backgrounds and basic animation images in combination with flash websites. GIF images are often used as flashing banners and advertisements since their color palette really limits what can be done with them.

Next up is the BMP file format, also known as bitmap. They are best utilized by the windows operating system. However, due to their file sizes, they are not very commonly used any more.

One of the most popular image types is the PSD, or PhotoShop Documents. Their popularity is due to the fact that they are associated with a very powerful imaging program and can only be properly displayed and edited within the Adobe suite of products. PSP image files follow along the same vein, being proprietary to Corel Paint Shop Pro software. This package is not popular with professional graphic designers, but has a large following among home computer users.

Once again, as a layman in terms of graphic design, I was quite pleased to have come across this article. It provided a lot of information that I found interesting and useful. In addition to now knowing where all of these files came from, I think this will also help me to make better decisions about which images to use in the next website I develop or book I write. Many other users will also find some value here too, if just in understanding which image formats are associated with which companies or operating systems.