Affiliate Nexus Tax Laws: Will They Affect You? 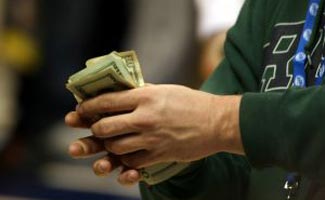 In 2010, legislation was enacted in New York and Rhode Island to tax the sale of affiliate products. The legislation, widely known as the Amazon Tax, Affiliate Nexus Tax, Affiliate Program Tax, or Sales and Use Tax, requires that an affiliate provider pay state sales tax on items sold by their affiliates, whether or not they directly operate in the state.

What Is An Affiliate Program?

An affiliate program is a program that offers commissions and incentives to sellers that sell other people’s products or services. For example, Amazon pays you, as an Amazon Associate (their term for affiliate) a commission if you help sell their products. The commission structure varies, but typically the larger the affiliate provider (Amazon being one of the largest players in the game) the lower the commission.

How Much Money Does Amazon.Com Make From Affiliates?

Amazon.com has a whopping 40% of its revenues to thank to its affiliate marketers1. So why on earth would they be shutting down entire states worth of affiliates? Because the hit from having to pay sales tax in every state would outweigh the loss of a few states worth of affiliate marketers. And of course, in the long run, they would be saving billions of tax dollars by winning.

However, recently it looks like the legislation is inevitably heading in the direction of merchants having to charge sales tax based on the buyer’s residence, regardless of whether or not they operate a physical location in that state. Makes sense to us, since the physical retailers already suffer a disadvantage due to overhead costs associated with real estate, office rental, shelf space, floor staff, in store marketing and advertising materials, etc.

Will The Affiliate Nexus Tax Work?

The problem with the current incarnation of the affiliate program tax is that it creates massive overhead, as well as effective double taxation, for affiliate companies. They pay sales tax on a sale you make, and then you pay income tax on the commission on that sale. In this economic climate, governments are using every tax they can to buff up their budgets.

However, this may be one they haven’t thought through. They are looking directly at the numbers they could be making, assuming all affiliate transactions are taxed. The problem is affiliate program providers, including Amazon, Overstock, and Blue Nile, will simply stop doing business in states that enact an affiliate program tax.

Which States Are Affected by the Affiliate Program Tax?

Avalara keeps an up to date list of states with affiliate nexus laws. When you sign up for Amazon Associates’ program, you’ll see a notice if your state is not allowed.

Check out the Performance Marketing Association website for the latest updates on action taken against unconstitutional affiliate tax laws, and how you can help keep affiliate marketers in business in your state.

What Are The Best Affiliate Programs?

If you’re wondering where the best commissions lie for your content, look no further. We’ve pitted the top commission networks and programs against each other in our head-to-head comparison of the best affiliate networks for publishers.

Are you concerned nexus tax laws may affect your affiliate relationships?

About The Author: Alex Schenker

Alex bring a series of in-depth articles on search marketing and content management systems as well as troubleshooting tips to We Rock Your Web's collection. He is an avid tennis player, nature enthusiast, and hiker, and enjoys spending time with his wife, friends, and dogs, Bella and Lily.

newest oldest most voted
Brent Canipe
Coming March 1st 2017 there will be a total of 40 states that have enacted this ridiculous job killing legislation.
I was literally looking at this and the list of states to figure out, where I gotta move to next in order to sill work in this line of business. I think it is probably time we get the president involved. In the past Obama wouldn’t step in no matter how many people were put out of work. I believe Trump will do something to help the little man out, and stop states from double dipping on taxes.
I am so tired of re establishing home addresses just to wind up in the same situation again because states decide to double dip, resulting in all contracts being canceled and out of work again.
Vote Up1Vote Down  Reply
Anonymous
Whatever happened to the Internet Freedom Act? I seem to remember that Act being in place to prevent unjust laws such as this one. In other words, it prevented online sales tax to encourage and foster online business. I realize we aren’t in the same hole we were following the tech boom, but based on your article this affiliate program tax obviously isn’t helping anyone.
Vote Up0Vote Down  Reply
We Rock Your Web
You’re absolutely right. Actually it was called the Internet Tax Freedom Act, enacted in 1998 to encourage the growth of online commerce. In 2004, Congress extended the moratorium for an additional three years, which means it expired in 2007.

It’s no coincidence that right around that time states jumped back on the tax bandwagon (NY and RI just last year enacted an affiliate program tax law).

Ironically, six members of the house in NC (including two Democrats and Congresswoman Foxx) had been trying to extend it into a permanent Internet Tax Freedom Act. The Internet Tax Freedom Act of 2007 would have prevented “discriminatory taxes that treat Internet purchases differently from other types of sales.” The question is – does that cover the affiliate program tax that is now being considered and passed in many states. Two more Democrats and a Republican were added as co-sponsors to the bill.

In late 2007 the bill was mooted as it was replaced by the Internet Tax Freedom Act Amendments Act of 2007, which was passed towards the end of the year, and extends into 2014. According to the bill, it includes the “the moratorium on state and local taxation of Internet access and electronic commerce.”

I suppose it depends on how exactly “electronic commerce” is defined, but it sure sounds like it might make an affiliate program tax unlawful?

Vote Up0Vote Down  Reply
Anonymous
Just wrote in to BRAC (linked in your 8.29.09 update above). Thanks for the additional info. Please write people! We need our affiliate relationships restored to save NC small business!
Vote Up0Vote Down  Reply
All Content © 2020 Cover Story Media®, Inc. All Rights Reserved. We Rock Your Web® is a trademark of Cover Story Media®, Inc.
Contact | Privacy Policy | Terms of Use | Disclosure
You are going to send email to
Move Comment