Home » What are the Different Video (Movie) File Formats?

What are the Different Video (Movie) File Formats? 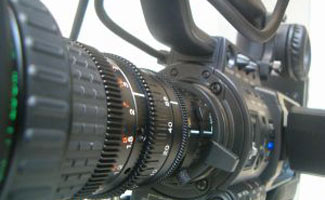 This is a section of our article on file formats explained that describes different video file formats. Learn what powers your iPod and iPhone videos and and why you’re able to watch feature length films on such a little device. We cover mpeg, avi, Quick Time, FLV, mp4, and RM (Real Media). If you have a question about a video file format that you don’t see listed here, please comment below.

The MPEG file format was first introduced in 1993 by the Moving Picture Expert Group as a method of delivering both audio and video data by encoding it at the quality level of a CD. MPEG files are generally not preferred currently due to the creation of much higher quality video file extensions that allow for higher quality audio and picture production. The Moving Picture Expert Group is continually working to improve upon this coding format and as a result they have currently released MPEG-1, MPEG-2, MPEG-4, MPEG-7, MPEG-21, MPEG-A, MPEG-B, MPEG-C, MPEG-D, MPEG-E, MPEG-V, MPEG-M and MPEG-U. The latest of these releases was MPEG-U which was released in 2010.

The AVI file format is also known as the Audio Video Interleaved format and made its way on to the market in 1992 when it was released by Microsoft. AVI files give playback of audio and video simultaneously but they also allow for split streaming, however, this is not commonly utilized. The AVI format is not as commonly utilized as other video file formats due to the fact that they are slow on keeping up with changes in technology and as such playback is often interrupted or affected by an inability for the AVI format to function properly.

FLV files are also referred to as Flash or F4V files and are video files that utilize Adobe Flash Player to stream content via the internet. The biggest reason that individuals utilize the Flash format for videos is that it enables them to embed videos within pages and it is viewable by most operating systems. Flash file formats provide higher quality video than many other file formats; however, they require a lot of resources to enable the video to play flawlessly making this an inconvenient file type for older computer systems. Flash is a popular method of creating data among animators and web designers because of the creative freedom in creating SWF files as well as the ability to somewhat protect data by embedding it via the Flash player.

MP4 files, also known as MPEG-4 files are versatile files that are able to not only broadcast audio and video but they are also able to broadcast images and subtitles as well. MP4 files can be streamed via the internet like many other video files. As mentioned above in the audio file section, the audio only aspect of MP4 files is referred to as M4A; however, when referring to audio and video the file extension is MP4. MP4 files are common among Apple users particularly those with iPhones and iPod devices.

RM files are also known as Real Media files and is a format of video utilized by RealNetworks to be utilized on RealVideo and RealAudio. This method of delivering video content is utilized to deliver streaming content via the net.

About The Author: Amy Brannan

Amy grew up in England and in the early 1990's moved to North Carolina where she completed a bachelors degree in Psychology in 2001. Amy's personal interest in writing was sparked by her love of reading fiction and her creative writing hobby. Amy is currently self employed as a freelance writer and web designer. When she is not working Amy can be found curled up with a good book and her black Labrador, Jet.

newest oldest most voted
Anonymous
Reading this makes me wonder what the future of video movie files will look like. For more than ten years the industry has largely been dominated by only a few formats. MPEG is ubiquitous but clunky. Flash and QuickTime files sprout up everywhere, but they are controlled by Adobe, which has had its way with multimedia for a very long time. Will this change at any time during the future?

For the tech industry, Adobe has had an unusually long stranglehold on particular aspects of the market. Of course, part of this is positive. Adobe Acrobat and all related products have been around so long they have become highly efficient at what they do – namely, connecting users with multimedia content. But there are also downsides. When the first iPad came out, everyone around me was commenting on how its lack of synergy with Adobe might doom the device forever. It made it impossible to view a whole swath of documents, images, and video on the Internet, simple because of dependence on a few select formats offered by one company.

The question is whether this will change. Well, in my opinion the question is really when WILL it change, because despite the usefulness of Adobe and its FLV (and many other formats) competition has risen of late, especially with RM and MP4 possibilities. Web architecture evolutions have been a long time in supporting these changes, but it too has developed in recent years. It may not be too many more years before the Adobe formats have outlived their usefulness, despite the regular updates that Adobe provides to increase functionality and improve performance.

Vote Up0Vote Down  Reply
Anonymous
Who will replace Adobe, Apple, or other large companies and dismantle the FLV/AVI/QTFF thrones? Well, ideally it will be a new company and new format entirely. But formats don’t generally spring up out of nowhere offering solutions to all our problems, at least not these days. A new and greatly improved MPEG iteration may be able to leap to the forefront, but it would take a drastic reinvention. If I had to take a greater guess, I would say that one of the major online giants would create their own, personalized format within a few years in order to better suit their clients and developers. In other words, Google Movie Format (GMF), Facebook Video Files (FVF), or a similar design. After all, Microsoft already had its turn with AVI. Why not give some other major companies their turn? Maybe a few of the electronics giants, like Sony, will attempt to secure their market share by offering their own video formats.

Of course, the problems with a new format are myriad, especially when the Internet has been designed for all the old formats. There would need to be some serious work done on interconnectivity and usability. However, I still think it is not only possible but also likely.

Every since the Information Age began, digital content has been slowly moving toward a more universal state. Any new innovation has started highly fractured, developed separate markets, and then moved slowly toward a common goal, merging and remerging to form greater formats. Video formats have been going through this cycle for a while, and I think the cycle is far from over. Eventually a dominant video format may emerge that everyone will be able to use. This will become increasingly important as all the emerging markets in China, India, Brazil, etc, begin to use the Internet to a greater extent and develop or adopt video formats of their own.

So here’s looking to the future! Maybe Adobe will step it up and create some new formats that meet the needs of a global Internet audience. I’m still looking forward to some invention by new names, though. If web designers are equally willing to be impressed, perhaps we will see a lot of re-thinking, and brand new ways video formats can be used online!

Vote Up0Vote Down  Reply
Anonymous
I suspect several different market trends will cause the Adobe downfall. First, the move to cloud computing is undeniable. The business sector has embraced it fully. The consumer sector is following, probably without even realizing what cloud computing is, and that’s okay. The cloud computing market is defined by all Internet activities that take place out in the “cloud” the applications run online using server power and lots of data packets instead of using hard drive space and computation power of desktop computers. The benefits are immediate and widespread, especially when it comes to picking up and running with small applications that can perform nearly any task. Sure, it has its problems, too (What happens if servers go offline? That’s right, all information and access is lost, at least in the short term), but cloud computing is doubtless here to stay. Most email accounts (Gmail, etc) are already in the cloud.

Right now this means little when it comes to file formats, because cloud applications and web architecture have worked around existing formats to get their jobs done. But there is no reason to expect this to last in the future. The RM format is already specifically designed for new, streaming video. Other video formats may well spring up in the future, designs by anxious new (or high-capital) companies looking for solutions more customized to the cloud, and less dependent on updates.

While current designers are taught Flash from college on and probably can’t imagine life without Flash Player and all the associated building blocks, I suspect embedded video has a lot of territory to explore beyond Flash, and the results may be all-new cloud applications offering a different video and graphic creation system that is ready for the next epoch in online advertising. Of course, this is just conjecture: I am no animator and do have a detailed grasp on what would be needed to move current animators and graphic designers to something sexier than Flash. Maybe it will be a long, long time in coming. But I prefer to keep an open mind about the future.

Additionally, there are a lot of other older video file formats. One of the most common of these is AVI. This is short for audio video interleave. It was developed by MicroSoft some time ago and almost all computers support this type of file. I would imagine that just because MicroSoft is behind this, we should not expect to see this format bite the dust any time soon.

Quicktime is another popular format. This one was developed by Apple and is used all over the internet. One surprising fact about this format is that it is compatible with both Mac and Windows based systems.

The mp4 file format is used primarily to store visual and audio streams online. It uses separate forms of compression for audio and video tracks. These files can also be played on the Apple Quick Time player, as well as a wide range of other players.